Sewing for Smiles and Security

A lot of children and teenagers in Myanmar lack the chance of ever getting an education or training, mostly because their families require all the help and money they can get short-term. A lot of those sources of income are informal, irregular and dangerous – waste collecting being among the most popular and perilous jobs. Since a lot of people have to drop out of school, opportunities for safe and well-paid work are rare and even harder to get. 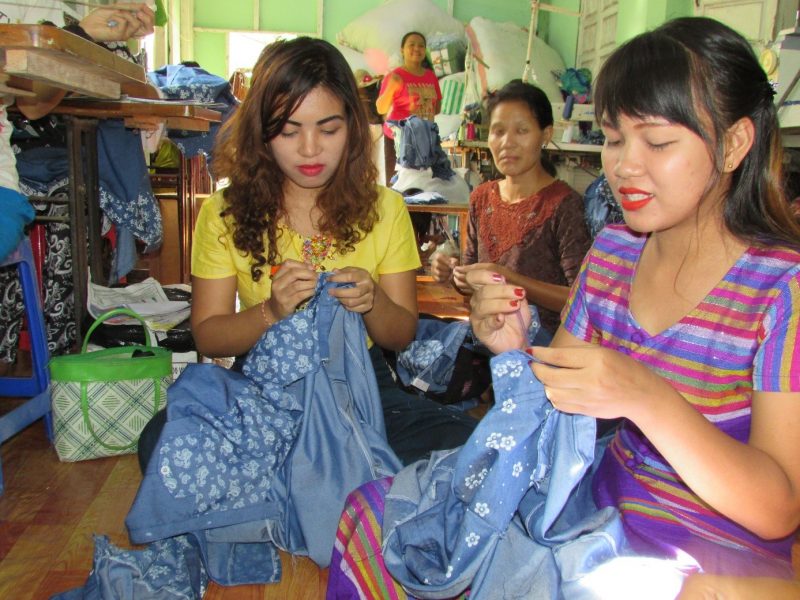 The participants of our prorgamme learn how to sew.

Two years ago, in 2015, SSO started a sewing training project for unemployed youths in East Dagon (Yangon), integrating them into the job market and thus giving them a chance for a better future. Now, as of the 8th of December 2017, we can proudly say that the project (supported by FairStyria) has successfully finished, and we were able to bring 106 young women through our programme! 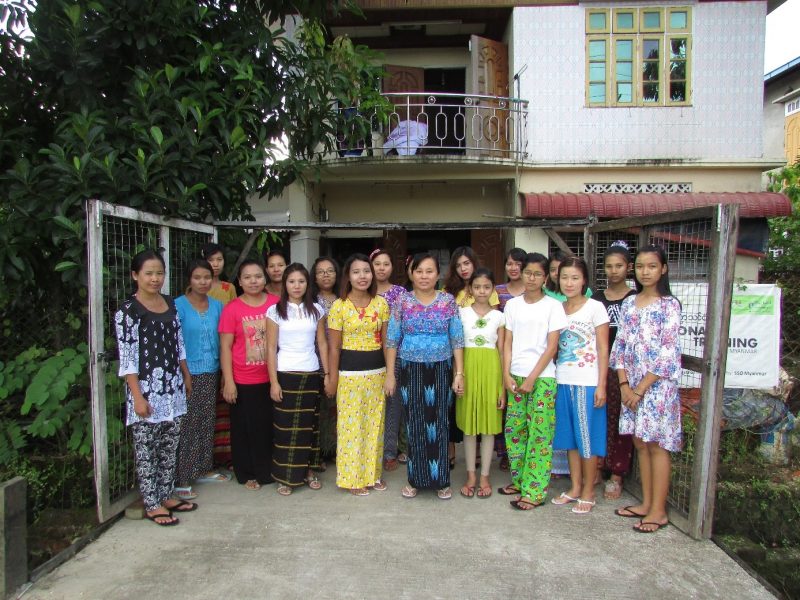 The trainees and their sewing trainer.

Altogether eight courses were held, where the trainees attended five times a week over three months. The acquisition of the sewing skills enabled most of the teenagers and women to be self-employed and/or work from home, and some of them were even employed by the sewing teacher for her own sewing business. Others invested in their own sewing machine to have a secured additional autonomous income. And the best thing? Although the project has ended officially, it’s far from over! It will be passed on to the sewing teacher, who will continue it in her own tailor shop and finance it out of her own pocket (or her family’s sewing business, that is). Due to the surprising success of the training programme, we in SONNE will make an effort to try to additionally finance the project through local resources and build up a production unit to generate income long-term. Let’s hope for even more smiles in the sewing business!