Between the 8th and 10th of December in 2017, our kids from the day-care-centres had a very special opportunity: Participate in Power Soccer Academy’s yearly talent scouting soccer camp! Power Soccer Agency Ltd. is a sports agency located in Yangon, which focuses on three main areas: fitness development, career development and contract negotiations and club representation. Their clients are from all age groups, backgrounds and origins, however during talent scouting they are focusing on youths especially. They work with young players and help start up their careers, by letting them participate in their football training and couching or offering them places in teams in Myanmar and around the world. This year, supported by MILO Myanmar they held a “International Football Coaching Clinic”, where altogether they worked with over 500 children from ages 6-18 in three major cities (Yangon, Mandalay and Pyin oo Lwin), training with them for three days. 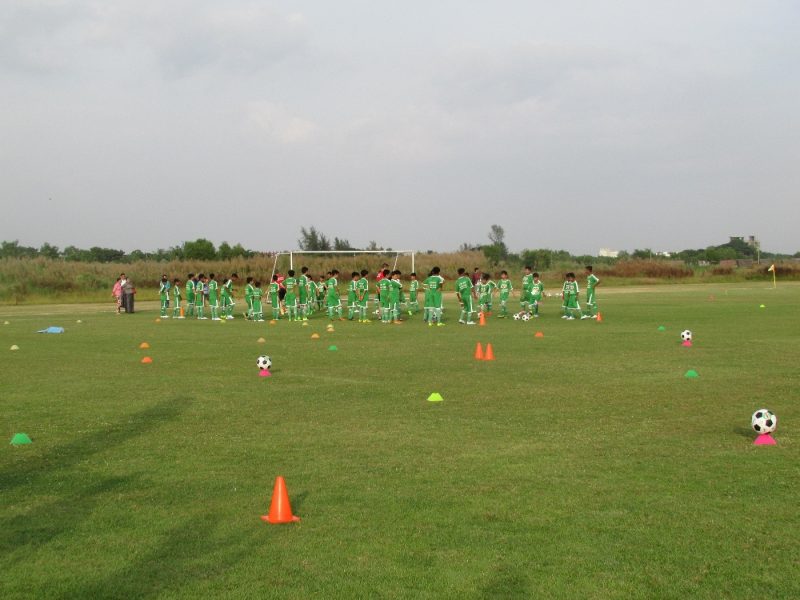 In Yangon, SSO was lucky enough to land a spot and we were able to send 25 kids to the Talent Scouting. Although none were spotted as ground-breaking football talents, it was still an awesome opportunity for them to get away from their otherwise hard and monotone everyday world. As the sad reality goes, most of them receive little to none education (except the one they get in the day-care-centres) and otherwise have to help their parents from dusk till dawn. The football camp however proved to be a great getaway from all of that, a short break where they were allowed to laugh, run, and let their energy out – to just be children having fun. 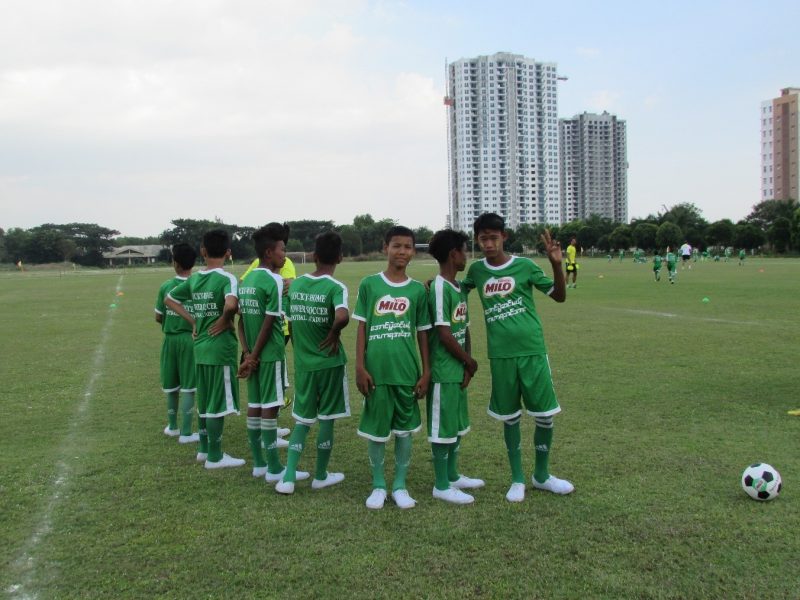 The boys of the daycare centres in their new soccer-uniforms

From 3pm until it got dark the boys were out on the field (at Star City football ground), getting professional coaching by international football coaches from Italy and Portugal. Sponsored by Power Soccer Academy, they were even given free soccer uniforms, complete with stockings and shoes. Next, they were divided in their according age groups, often mixing with other children from diverse clubs and NGOs, which was quite effective for their development of social skills. From the on the real football fun started: Games and Competitions, tricks and goalkeeping, everything one can think of was included. Teamwork, stamina, technique and skill – the kids really had to give everything, and it can be said that although by the end they were all dead tired, they also always eagerly awaited the next day. Thanks for having us!